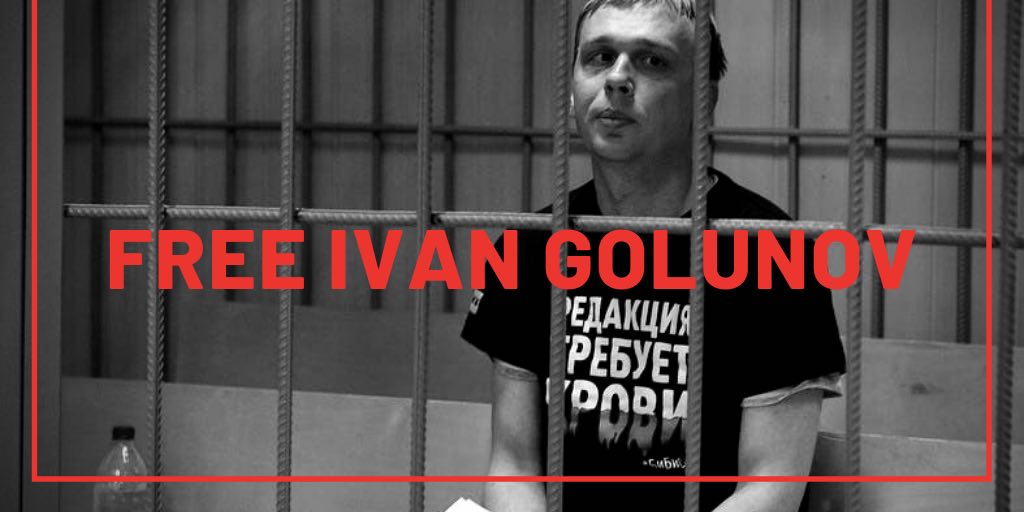 The criminal case against Ivan Golunov, the investigative reporter for Meduza portal, has revealed the true colours of the Russian law enforcement system. People within power are, in fact, poachers, while those who don’t have power and thus protection are their prey. Open and shameless falsification of the criminal case against the popular journalist has demonstrated the massive scale and brazenness of illegal poaching of the Russians.

The news of Ivan Golunov’s forceful detention and arrest on June, 6, received incredible and immediate outcry in the Russian media and social networks. Golunov is facing drug dealing charges that could send him to prison for as long as 20 years. The journalist believes that he has been detained for his investigation into the funeral business that brings dividends to high-profile siloviki.

Golunov’s case exposed the mechanisms of how the Russian authorities can catch, rob and incarcerate any resident of the country; here the word “law” means nothing at all. It does not matter whether one is being prosecuted following a political order “from high above” or by of a certain self-interested, badge-wearing person with a mandate. The length and intensity of a victim’s torment depends on the resources available to them to protect themselves.

Thanks to the solidarity demonstrated by journalists and bloggers, Golunov’s case has gained wide and immediate public recognition. Because of the case’s high public profile, the journalist was placed under the house arrest. Can this be called freedom? No. Can this be considered a victory? No, because this is, most probably, just the beginning.

Globally media workers, bloggers and citizen journalists are fighting on the frontline against this blatant disregard of the law. Ivan Golunov’s investigative reporting has contributed a lot to highlighting the crimes of those close to power in Russia. The Justice for Journalists Foundation believes the circumstances of Ivan’s detention and arrest to be revenge for his professional activities. We demand Ivan’s immediate release and request an investigation into the people ordering and executing his forceful detention, illegal arrest, deprivation of the right to legal protection, the fabrication of his criminal case, and publication of fake “evidence” of his non-existent crimes.