REPORT: Attacks on journalists, bloggers and media workers in Central Asia and Azerbaijan – Justice for Journalists 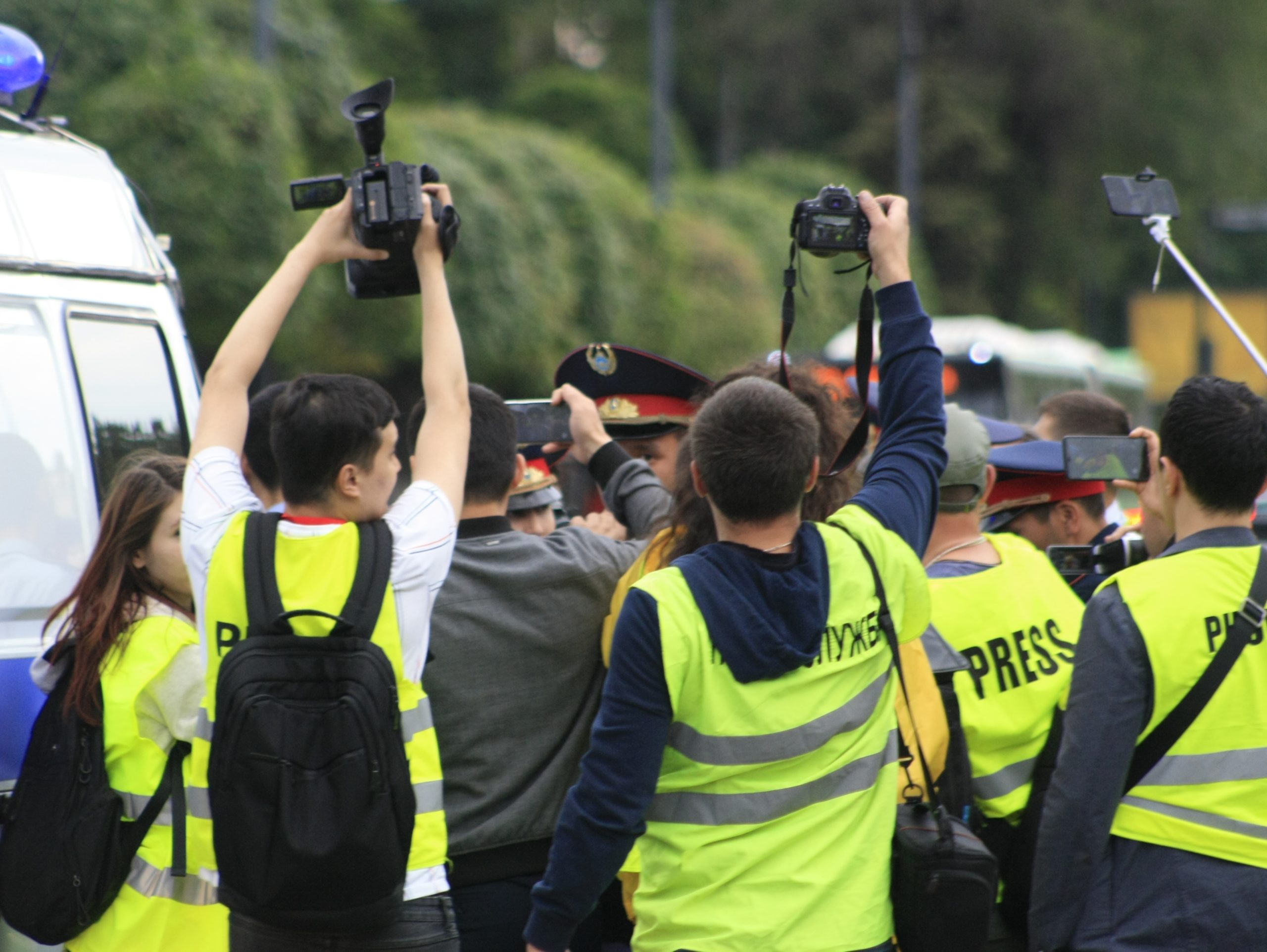 REPORT: Attacks on journalists, bloggers and media workers in Central Asia and Azerbaijan

London, 14 April 2020 – A report on attacks against professional and citizen journalists, bloggers and other media workers in Central Asia and Azerbaijan between 2017 and 2019 has been made public today in English and Russian.  The Report is a part of a broader comprehensive research carried out jointly by the Justice for Journalists Foundation (JFJ) and its partners from 12 post-Soviet countries.

The Report looks at the ways freedom of speech is curtailed in Azerbaijan, Kazakhstan, Kyrgyzstan, Tajikistan, Turkmenistan, and Uzbekistan. Analysis of 1,464 attacks identified representatives of the State as the main source of violence and threats against media workers in all six countries.

“Taking advantage of the language barrier, geographical remoteness and low degree of integration of these states into global political and informational agendas, their authoritarian rulers can “test” various methods of applying pressure on journalists with impunity – methods which are then gradually exported to other countries. Accusing journalists of extremism and connections with terrorists, as well as the criminalisation of defamation laws and violation of privacy, are widely used in Azerbaijan, Tajikistan and Kazakhstan to silence corruption investigators and opposition-minded journalists and bloggers”,  said Maria Ordzhonikidze, JFJ’s Director, commenting on the research results.

According to JFJ’s methodology, there are three main types of attacks (further divided into subcategories) against media workers:

With the exception of Uzbekistan the countries in the report all showed an increase in the total number of attacks between 2017 and 2019. In Central Asia, attacks via judicial means predominate – primarily in the form of detentions, arrests and the institution of administrative and criminal proceedings.

In the number of physical attacks, Azerbaijan leads by a wide margin with around 26 such incidents reported in the last year alone. Brutal beatings of journalists in custody are characteristic for this country, even extending to the kidnapping of journalists and their subsequent repatriation from other countries.

Kazakhstan ranks first in attacks via judicial or economic means. On average, more than 50 cases are brought against media workers each year in Kazakhstan on charges of defamation, slander, and causing damage to reputation.

The proportion of media workers accused of extremism, links with terrorists and inciting hatred is greatest in Tajikistan. Intimidation of family members of journalists is also characteristic of Tajikistan, including their harassment, interrogation, detention and arrest.

The character of attacks perpetrated against journalists in Kyrgyzstan has shifted towards a manifold increase in online threats, via DDoS and hacker attacks on online media outlets.

Turkmenistan ranked last in the World Press Freedom Index by Reporters Without Borders, occupying the 180th place. It is almost impossible to work there as a journalist. Information about what is happening in the country is reported to foreign media by “people’s correspondents” who pass on photographs and videos at the risk of being spotted by the extensive national tracking system.

“In the absence of a democratic separation of powers, a lack of police accountability and the dependence of the judiciary on the executive, professional and citizen journalists cannot count on receiving protection and justice in their countries. The attention of the international community is the only means of improving their situation and enabling them to continue to work and convey the truth to the general public”, added Mrs Ordzhonikidze.

The Justice for Journalists Foundation, together with its partners and experts, carries out weekly monitoring of attacks against media workers in all post-Soviet countries excluding the Baltic states. The results are published regularly on the Media Risk Map in both Russian and English. The available data covers the entire period from January 2017 to the present.